President of Latvia: annexed parts of Ukraine have become Russia only for Putin On 4 October, President of Latvia Egils Levits met with President of Poland Andrzej Duda in Warsaw, Poland, to discuss how countries should coordinate joint efforts to help Ukraine.

Presidents of both countries underlined that ‘referendums’ held by Russia in occupied regions of Ukraine are illegal and their results are illegitimate. ‘Annexed parts of Ukraine have become Russia only for Putin,’ Egils Levits said.

President of Latvia informed his Polish counterpart about the outcomes of general elections in Latvia and next steps in forming a government. Egils Levits reassured his colleague that Latvia’s foreign policy will remain unchanged and Latvia will continue to prioritise close cooperation with Allies in ensuring its external security. 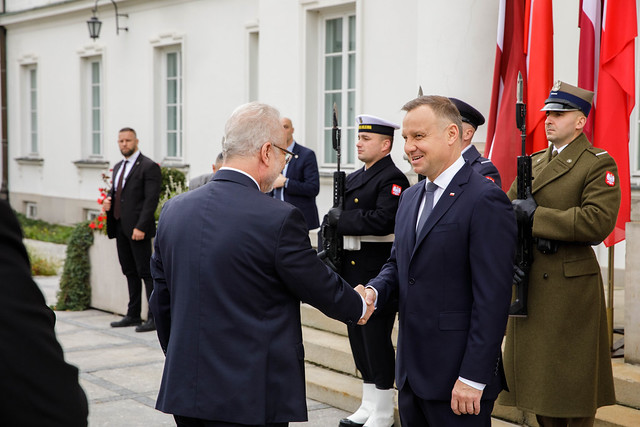