President of Latvia: decisions adopted during the Madrid Summit will integrate Latvia’s security needs into NATO’s plans and policies NATO adopted its new Strategic Concept at the Madrid Summit on 29 June. New strategic framework provides comprehensive and coordinated approach to strengthening of NATO’s Eastern Flank defence, especially in the Baltics. ‘Latvia is satisfied with the NATO Madrid Summit because decisions adopted by heads of state and government of NATO Allies will integrate Latvia’s security needs into NATO’s plans and policies. It is also planned to increase NATO’s presence in the region to the size of a brigade,’ President of Latvia Egils Levits underlined.

According to President Levits, this is a historic summit for the safety of Latvia, Baltics and NATO’s Eastern Flank. NATO is stepping up its deterrence and defence policy. ‘Latvia worked closely with other Baltic neighbours prior to summit to help Allies better understand our security needs. Allies heard our concerns and expressed genuine support. We appreciate their solidarity,’ President of Latvia pointed out.

NATO leaders attending the Madrid Summit were unanimous in their opinion about Russia. Its actions and declared intentions make it the biggest direct threat to the Alliance and Baltic States are within the threat zone. ‘In terms of the weight of decisions, Madrid Summit is as important as 2016 Warsaw Summit when NATO decided to deploy its enhanced Forward Presence battle groups in Baltic and Poland,’ President of Latvia said.

Egils Levits also underlined that USA’s decision to reinforce its regional presence in NATO’s Eastern Flank, Poland and Baltics is a serious reassurance of NATO’s commitment to guarantees provided in Article 5 of Washington Treaty.

Decisions adopted during the summit will require additional defence investments in Latvia. Funding will flow into next phases of National Armed Force capability development plan and defence spending is expected to gradually reach 2.5% of the GDP by 2025, Egils Levits added.

President of Ukraine Volodymyr Zelenskyy also joined the meeting of the heads of state and government of NATO Allies. NATO will continue to provide the existing support and will provide Ukraine with additional resources in areas that fall within the common scope of responsibility of NATO member states.

NATO membership of Finland and Sweden were also discussed during the meeting. ‘We are happy that both countries can proceed with accession procedures. Their membership will significantly boost the security of the Baltic Sea region and Northern Flank, as well as the whole Europe and the Alliance,’ Egils Levits stressed.

The new Strategic Concept of the Alliance is politically the second most important document in NATO following the North Atlantic Treaty. It sets NATO’s political priorities for the next decade. Work on the new strategic framework began in late 2021 during the Meeting of NATO Ministers of Foreign Affairs in Riga. Concept reaffirms collective defence as the key priority of the Alliance and provides guidelines for NATO’s adaptation to new security environment. Russia has been identified as the main threat to Euro-Atlantic security. Terrorism also remains a threat.

Allies also conceptually supported the proposed increase of NATO military and civil budgets, and security investment programme. Heads of state and government of NATO Allies also used the Madrid Summit to sign off on Innovation Fund and Latvia was among the countries that endorsed this initiative. Innovation Fund will allow NATO to remain the most technologically advanced military alliance in the world. 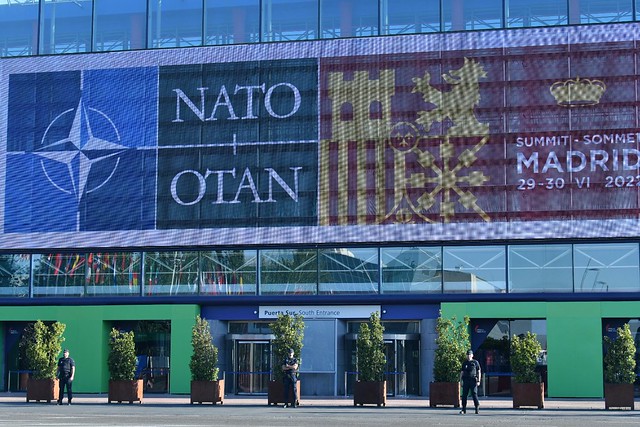