President of Latvia: International pressure on Russia must be increased On August 23 President of Latvia Egils Levits together with heads of state and government from around the world and representatives of international organisations attended the second summit of the International Crimea Platform, which was hosted online by President of Ukraine Volodymyr Zelenskyy. “We are in this fight together with Ukraine. Latvia is providing all possible support. But we all need to do more. Military, financial and humanitarian support is crucial. However, we must also increase international pressure on Russia,” President Levits said.

“We must cooperate with international partners throughout the world to promote their understanding and support for Ukraine. Sanctions need to be reinforced. Opportunities for Russian citizens to travel outside of Russia must be restricted. Those who support aggression should not be able to enjoy leisurely travel in Europe,” the President of Latvia stated in regard to the next steps to be taken by the international community. “We must condemn any attempt by Russia to forcefully integrate any part of the territory of Ukraine. We must always support the independence, sovereignty and territorial integrity of Ukraine within its internationally recognised borders,” President Levits continued.

“The Crimea Platform is strictly committed to not recognise the illegal annexation of Crimea by Russia. This is crucial. In our case, this allowed Latvia to restore its independence even after 50 years of occupation,” the President of Latvia emphasised the role of the platform.

“Today, Ukraine is fighting an ungrounded war of aggression provoked by Russia. It is a brutal war, in which Russia must not be allowed to win. It is a war that will end with the liberation of the whole territory of Ukraine, including Crimea,” President Levits said. 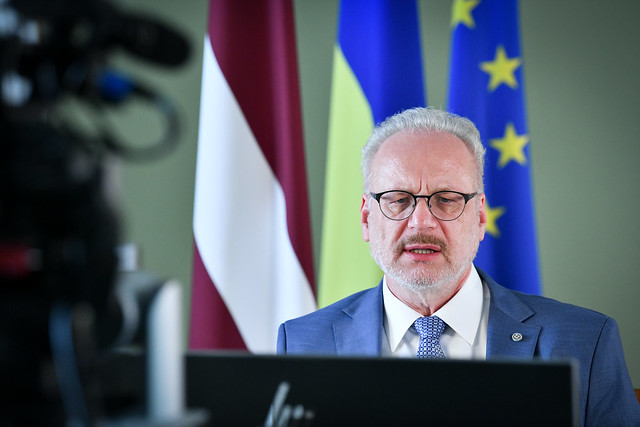