On 18 August, President of Latvia  Egils Levits attended the conference organised by 4 May Declaration Club ‘Money in Latvia: from restoration of independence to modern days’. Conference focused on how Latvia regained its financial and economic independence 30 years ago. According to President Levits, the monetary reform – introduction of Lats – was as significant and complex as creation of independent political system and building of robust statehood.

‘Back then, as we separated from the Soviet Union, we restored our political independence and naturally had to also create our national currency. We wanted to break free from Soviet Union and Russia’s economy, which was going to collapse anyway,’ President of Latvia Egils Levits said.

Introduction of national currency 30 years ago was the only way forward, President Levits noted. ‘If our economy remained integrated in Russian economy, our losses would be more damaging. It would not make much sense – we would be politically independent but tied up economically,’ President of Latvia added.

In his address to the participants, President Levits also said that monetary reform of 1992 and integration into European Economic Zone through accession to the European Union in 2004 were equally important. ‘Euro is the second strongest currency of international monetary system. We are currently part of economic and political area that is truly ours, i.e., the European area.’ 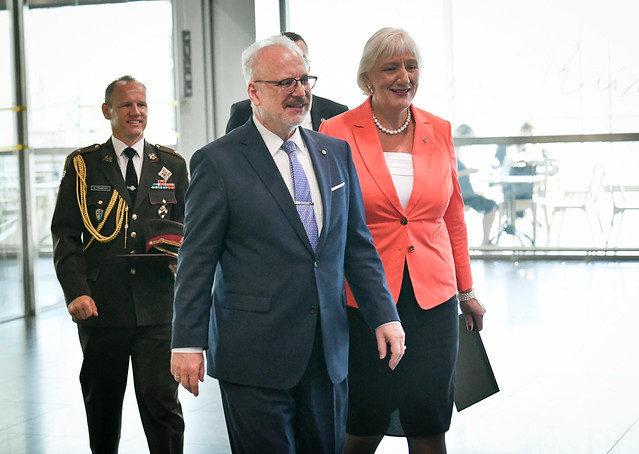