President of Latvia: NATO must further reinforce its presence in the Eastern Flank, especially the Baltics

On 10 June, President of Latvia Egils Levits took part in the NATO Eastern Flank (B9 or Bucharest Nine) Summit where he called for further reinforcement of allied presence across the Eastern Flank, especially the Baltics.

‘Russian invasion of Ukraine has drastically changed the security environment in Europe, and these changes could last long-term. NATO needs to respond by adopting a new mindset. We should not let Russia compromise solidarity within NATO or our collective resolve to defend every inch of NATO territory. NATO must significantly reinforce its presence in the Eastern Flank, especially the Baltics. NATO’s new Strategic Concept, which will be adopted by heads of state during the Madrid Summit, should reflect that,’ President of Latvia underlined in his address to other B9 leaders.

Membership of Sweden and Finland in NATO is crucial for security of Baltics and the whole Alliance, President Levits also said.

‘Allies need to step up defence spending to boost their military capabilities and readiness of the whole Alliance. NATO budget must also grow,’  Egils Levits said in his speech, emphasising the need to strengthen Transatlantic unity on political and military level.

According to President Levits, Russia’s brutal war against Ukraine means that policies with regard to Russia have to be very clear. There should be no illusions. ‘Russia should bear full legal and financial responsibility for its crimes and terror in Ukraine.  Latvia firmly supports the idea to create a special tribunal for investigating Russia’s crimes against Ukraine,’ Egils Levits said.

‘This is a crucial year for NATO. Decisions adopted at the Madrid Summit should give clear strategic framework for addressing current challenges and threats, and shape the future of NATO and Europe, while also strengthening the common democratic values that unite all member states,’ President of Latvia underscored.

VIDEO: Official welcome of heads of state and opening of the summit 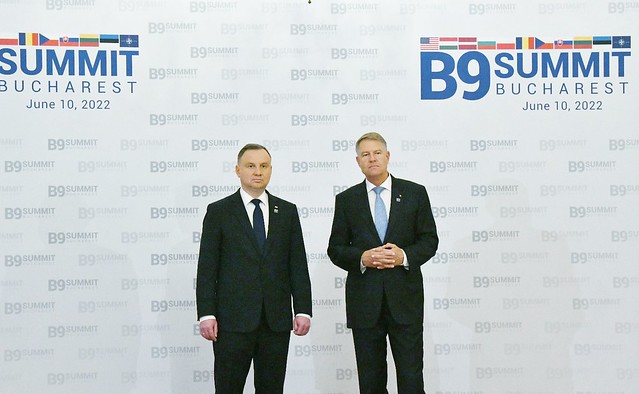