President of Latvia: The war in Ukraine will expedite the digital security of democratic states On 11 May, during a working visit to Germany, President of Latvia Egils Levits opened the German-Baltic Digital Summit in Lübeck, emphasising the role of digital cooperation, challenges and potential between Latvia and Germany. “The Covid-19 pandemic significantly accelerated digitisation, the war in Ukraine will expedite the need to strengthen the security of democratic states, especially their digital security,” President Levits noted.

The President of Latvia stressed that right now Latvia, Germany and the European Union need to jointly think about building a digital security infrastructure to ensure that technology reliably serves individuals, businesses and society at large. “This requires legal acts and common standards, but it also requires a common understanding and awareness, as well as appropriate European level investments in technology,” President Levits said.

The President of Latvia also noted that in the era of modern technology Germany, the Baltic States and the region of Northern Europe in general has ample opportunity to relive the times of the Hanseatic League. “With Finland and Sweden possibly joining the North Atlantic Alliance, the geopolitical security area will expand all around the Baltic Sea reinforcing the ecosystem for digital infrastructure, innovations and market.”

During his opening address at the German-Baltic Digital Summit President of Latvia Egils Levits also announced the winners of the Baltic-German Business Award: the first prize winner is “EyeVi Technologies” from Estonia, 2nd is “Atom Mobility” from Latvia and 3rd – “GoRamp” from Lithuania. 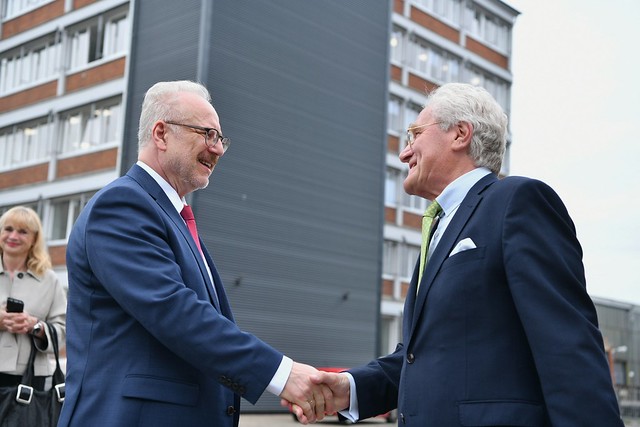