Presidents of Baltic states and Poland united on support to Ukraine Today, presidents of all three Baltic countries and Poland met with the leader of Ukraine in its capital Kyiv. Volodymyr Zelenskyy, President of Ukraine, noted the immense significance of visit by Baltic and Polish presidents, underlining that it is a special gesture of support and friendship. Presidents also visited devastated towns and villages to witness the horrible consequences of Russian aggression.

Presidents of Baltic states and Poland reassured leader of Ukraine of their continued active support both in terms of military assistance and humanitarian aid.

President of Latvia Egils Levits, in particular, emphasised that Latvia is ready to support immediate granting of candidate country status to Ukraine. Latvia will call on European Union to decide on Ukraine’s candidate country status as soon as possible, said Egils Levits. ‘It is important for Ukrainian people to see that their efforts in defending European values have not been in vain.’

Tragic consequences of the war that we witnessed today only reaffirm our conviction that Russia and everyone responsible for these war crimes, from commanders to shooters, must be held accountable for their actions, added President Levits.

Heads of Baltic countries and Poland confirmed that efficient European Union sanctions against Russia have to be continued.

President Zelenskyy urged international community to consider the destruction brought by Russia upon Ukraine. The world must understand that Ukraine needs support now, for our state to continue to operate during the war, as much as it will need financial and economic aid after the war, said the leader of Ukraine. 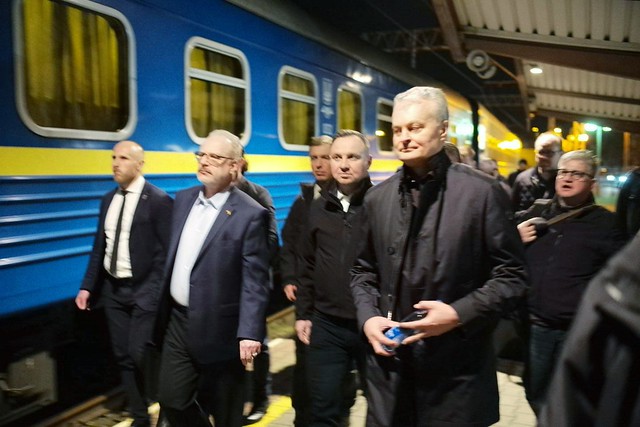