On 30 September, during his working visit to Vienna, the President of Latvia Egils Levits met with the Federal President of Austria H.E. Mr Alexander Van der Bellen, in particular discussing issues related to the war provoked by Russia and the illegally held "referenda" on the territory of Ukraine.

"Latvia strongly condemns Russia's sham "referenda" in the occupied areas of Ukraine on their incorporation into the Russian Federation and does not recognise their results. Territory of Ukraine remains within borders recognised by international law," emphasised the President of Latvia.

The President of Latvia also stated that the war launched by Russia is ideological and demonstrated Russia's imperialist and colonial ambitions.

The two presidents discussed the need to continue providing all kinds of support to Ukraine, noting in particular the reception of refugees and the provision of education to Ukrainian children.

Both presidents stressed the importance of NATO's deterrence and defence policy, as Russia's military aggression against Ukraine is not just a regional security issue, but a threat to global security and stability.

During the conversation, the presidents of Latvia and Austria emphasized the excellent bilateral relations, cooperation within the European Union and successful collaboration across various projects promoting economic growth, especially highlighting Rail Baltica. 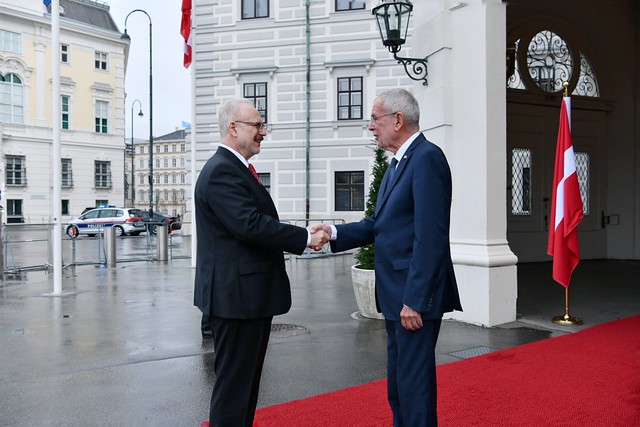