President of Latvia Egils Levits met with diaspora organisations, Association of Latvian and Estonian Jews in Israel and Latvian Cultural Association in Israel, in scope of his state visit to Israel. During the meeting, President Levits highlighted the role of diaspora in strengthening of ties between Latvia and Israel. More than five thousand Latvians have found their home in Israel.

Meeting at the Latvian embassy in Israel was very warm and included special appearance of publicist, journalist and public activist Frank Gordon. During the occupation of Latvia, he was best known in exile as the translator of Alexander Solzhenitsyn’s Gulag Archipelago and social criticism for ‘Laiks’ (Time), as well as descriptions of Soviet occupation life in Latvia in ‘Jaunā Gaita’ (New Course). History of jews in Latvia is also one of Mr Gordon’s research interests. Many readers fondly remember Frank Gordon’s articles in ‘Lauku Avīze’ ( Rural News) written when Latvia became free again.

Frank Gordon in return presented President Levits a book about the history of Jewish-Latvian relations in Latvia. This gift will be a symbolic addition to the collection of F. Gordon’s books kept by the National Library of Latvia in its archives. 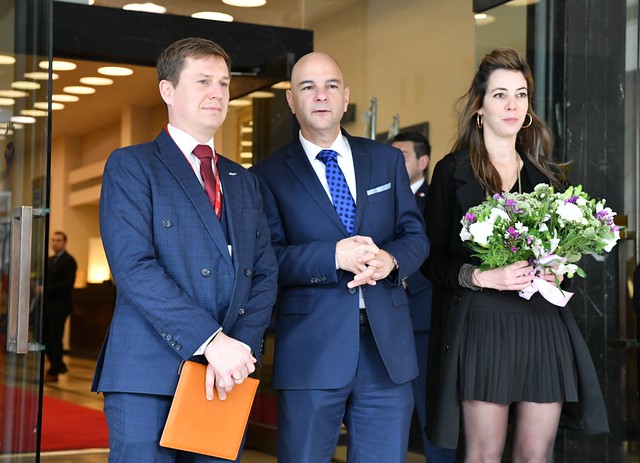