President of Latvia: Latvia and Spain have shared understanding of current security situation in Europe Today, President of Latvia Egils Levits received President of Congress of Deputies of the Kingdom of Spain H.E. Meritxell Batet Lamaña at the Riga Castle. He praised the excellent bilateral relations between Latvia and Spain, and efficient cooperation within NATO and EU. President also underlined that after regaining independence in early 1990s Latvia learnt from Spain how to manage its transformation from authoritarian rule to democracy that the country experienced in mid-1970s.

One of the key issues discussed during the meeting was Europe’s security policy. President Levits thanked Spain for its significant contribution to NATO enhanced Forward Presence (eFP) Battle Group in Latvia, regular participation in Baltic air-policing mission and delivery of NASAM air-defence systems to Latvia. Egils Levits and Meritxell Batet Lamaña both agreed that although Latvia and Spain are geographically far apart, both countries share similar understanding of NATO’s collective defence policy, i.e., attack on one ally is attack on all. ‘I am pleased to point out that your country, which is located in the southern part of Europe, and our country in Europe’s north-eastern region have similar views on the current security situation in Europe,’ Egils Levits said, while Meritxell Batet Lamaña underlined that it was important for the whole delegation of Spain to reassure Latvia of Spain’s solidarity during this visit.

President of Latvia expressed his delight at the outcomes of NATO Madrid Summit, which are based on realistic assessment of current security environment. President Levits also praised summit for organisational excellence and an opportunity to discuss current affairs with Spanish officials.

Egils Levits and Meritxell Batet Lamaña also discussed the excellent bilateral relations. Ms Lamaña urged to expand cooperation between the parliaments of Latvia and Spain. She also called for deepening of cultural and education exchanges. President Levits mentioned that Latvia would benefit from Spanish being taught at more schools across Latvia as the second foreign language. He also praised the successful Latvia-Spain cooperation in the framework of various international organisations. 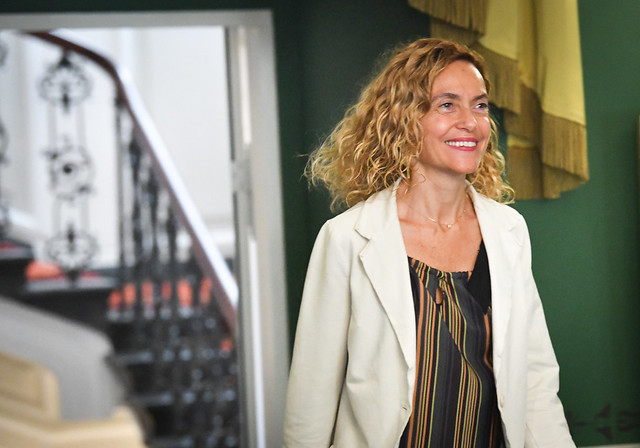