President of Latvia: Latvia needs to continue putting in hard work and innovations into its fight against Latvian financial sector crimes Today, on 14 July, President of Latvia addressed several hundred world financial intelligence unit experts who had gathered for the 28th Egmont Plenary in Riga to talk about new approaches in assuring efficiency of financial intelligence units. President of Latvia used the plenary meeting of the Egmont Group to pledge Latvia’s commitment to continue putting in hard work and innovations into its fight against Latvian financial sector crimes.

President of Latvia said he is especially glad to greet all conference participants in Riga and pointed out that Latvia has not been chosen as the venue for such prominent forum purely by coincidence but rather as an acknowledgement of Latvia’s progress. ‘Latvia has become the first country to fulfil all 40 recommendations set by the Financial Action Task Force. Moreover, Latvia has recently launched an anti-money laundering innovation hub with full support from the European Union. This hub is an international initiative,’ President of Latvia Egils Levits underlined.

Egils Levits alluded to current geopolitical environment, which forces us to intensify fight against money laundering and terrorist financing. ‘Invasion of Ukraine has caused a human tragedy and shaken the European geopolitical and security context. It has also triggered global shocks with far-reaching economic, financial, social, environmental and, of course, humanitarian consequences. Against this background, the fight against the money laundering, financing of terrorism and associated crimes has been even more necessary and also more complex and demanding,’ Egils Levits pointed out.

In today’s volatile environment, alongside the money laundering, corruption has also become a national security concern, said President of Latvia. “Corruption is not the only matter of concern. Cyber-crime, financing of terrorism, fraud, transnational criminal organisations, drug trafficking organisations, human trafficking and smuggling and, of course, the financing of weapons proliferation are all priorities on the agenda of Egmont Group’s participating countries.’ 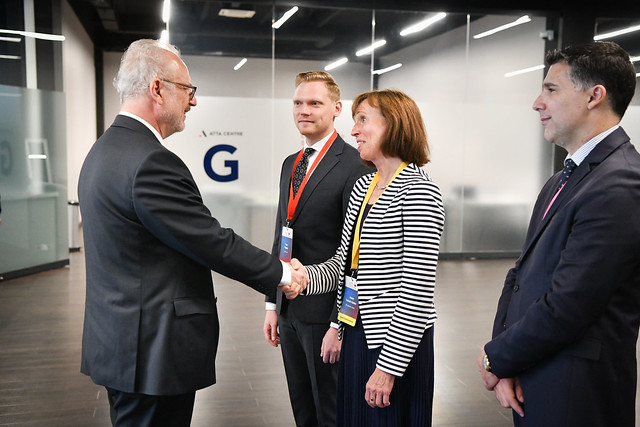