President of Latvia Egils Levits and Mark Warner, Chairman of the US Congress Senate Select Committee on Intelligence, and three of its members - Angus King, Roy Blunt and Richard Burr at the Riga Castle on 19 June. Senators are in Latvia on a fact-finding mission.

President of Latvia and US Senators discussed the forthcoming NATO Madrid Summit at the end of the month. Summit is expected to adopt the new Strategic Concept of the Alliance. Concept should reflect the current geopolitical reality where Russia is implementing armed aggression against its neighbours and committing grave violations of international law, said President. Egils Levits reminded about the active engagement of Belarus in Russian invasion of Ukraine and called for strict sanctions against the country.

US Senators confirmed country’s firm support to Latvia as one of USA’s allies and confirmed that USA shares the understanding about the importance of further enhancing of NATO presence in the Baltic region. Meeting also focused on energy security of the Baltic countries, ban of Russia’s energy imports and gradual transition to renewables in the long run.

President thanked US delegation for visiting Latvia at a time when both countries celebrate the 100th anniversary since establishment of diplomatic relations. 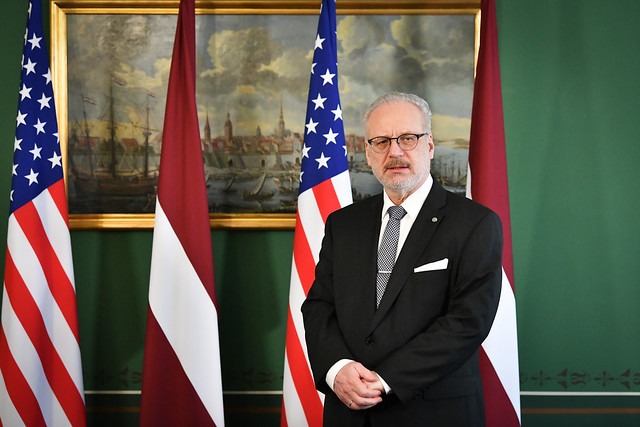